With the theme of 2021’s NAIDOC week being ‘Heal Country!’ it’s only fitting that we turn our minds to one of those places in the inner north that have been healed. A place that has a long, powerful significance in the history of the Wurundjeri-Willam people. That cherished and charming creek called the Merri.

Or ‘Merri Merri,’ as it’s called in the original Woiwurrung (it means ‘very rocky’).  The banks of the creek had served as good camping grounds for Wurundjeri people travelling between their summer home on the banks of the Birrarung/Yarra River to the Dandenongs Ranges for the winter. Before the British came, the creek was plentiful with eels and fish, which Wurundjeri women would catch, wading through the water with reed string bags around their necks. The men hunted the kangaroo, emu and possum that all roamed the area.

There are living signs of this ancient activity even today, including the marks on the trunks of old river red gums, where the bark was stripped to build a canoe or craft a shield. There are corroboree sites out near old Pentridge Prison and at the creek’s confluence with the Birrarung/Yarra, where great meetings were held. Dances were also performed to mark the arrival of visitors on country or a coming together of clans.

But, like everything else, this traditional way of life was entirely disrupted by the arrival of British settlers. When the British invaded Naarm they settled on the banks of the Yarra, forcing the Wurundjeri People back to their campgrounds along the Merri Merri. 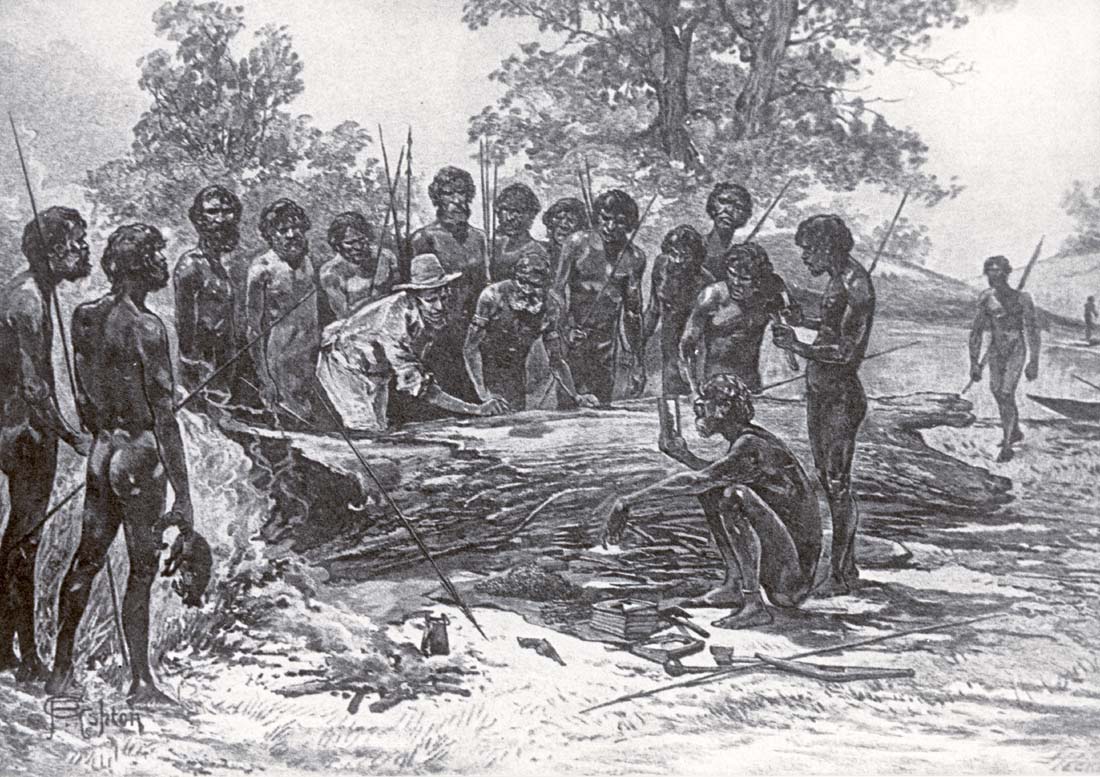 The Merri is said to be the site of the meeting in May 1835 between Melbourne founder John Batman and Wurundjeri elders to sign a treaty over land use – the first and only time such an agreement was struck between the colonizers and indigenous people anywhere in Australia. The British would later renege on that agreement, however, and throughout the rest of the 19th century the Merri Creek bore witness to much of the tragedy of the encounter in the Melbourne district between the two civilizations.

British colonial officials known as ‘Aboriginal Protectors,’ were appointed to minimize the violence between settlers and aboriginals during the British takeover. One such was William Thomas, a school teacher who spent much of his life either in a hut on the banks of the Merri or on-the-move with the Wurundjeri. He learned to speak Woiwurrung and tried to act on behalf of Aboriginals whenever they resisted the efforts to force them out of their lands or restrict their traditional, nomadic way of life.

Even if well-intentioned, however, Thomas was unable to do any lasting good under the auspices of the colonial system. He was unsupported by his superiors, like Governor La Trobe, who preferred to use the Mounted Police to expel aboriginals from seized land. The Wurundjeri were forced away. Livestock grazing, tree clearing, farming and quarrying, housing and industry all took their toll on the landscape of the Merri, right through to the mid-twentieth century.

But since the formation of the Merri Creek Management Committee (MCMC) in 1976, the local community has come together to heal the land that had been so exploited. Over the past few decades, in partnership with local government and indigenous groups, the MCMC has rejuvenated the area into native parkland, restoring that small corridor through Melbourne’s north into a faint glimmer of what came before.

All of us who go regularly to the Creek owe it to this country to remember that history. Whether it be riding home from work, walking our dogs, lying in the grass, or crouching by the reflections of the water, we all benefit from the work that has been done to reclaim the Merri from exploitation. The healing of the land soothes our spirits and heals our society. It’s up to us to keep that in our hearts as we continue to heal country.

Donate to Pay The Rent.

With thanks to the MCMC, the Wurundjeri Corporation, CERES

This article was written on the stolen lands of the Wurundjeri-woi wurrung People, whose sovereignty was never ceded.

‘The Northcote Side of the RIver,’ Andrew Lemon, Hargreen Publishing